When you come to Kuchinoerabu-jima , please look up into the night sky. Forty to fifty minutes after sunset, you may be able to see the huge Erabu flying-foxes. They are often seen on Gajyumaru (Chinese banyan), Washington palm, and Yama-guwa (Marus australis Poir.). 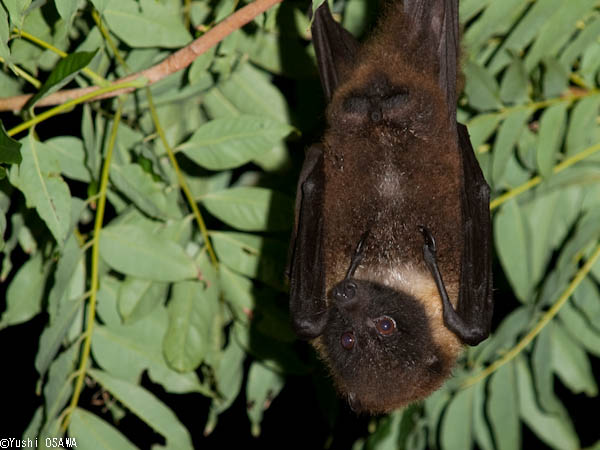 Photo by Mr. and Mrs. Osawa


Table  The number of flying-foxes visiting fruit trees (in 2014)

What is Flying Fox?

The Erabu flying fox only inhabits the islands of Tokara and Kuchinoerabu-jima. In February 1975, the flying fox was designated as a national monument. In addition, it was designated as an endangered species in IA (CR), and was entered in the Red Data Book of the Ministry of the Environment. 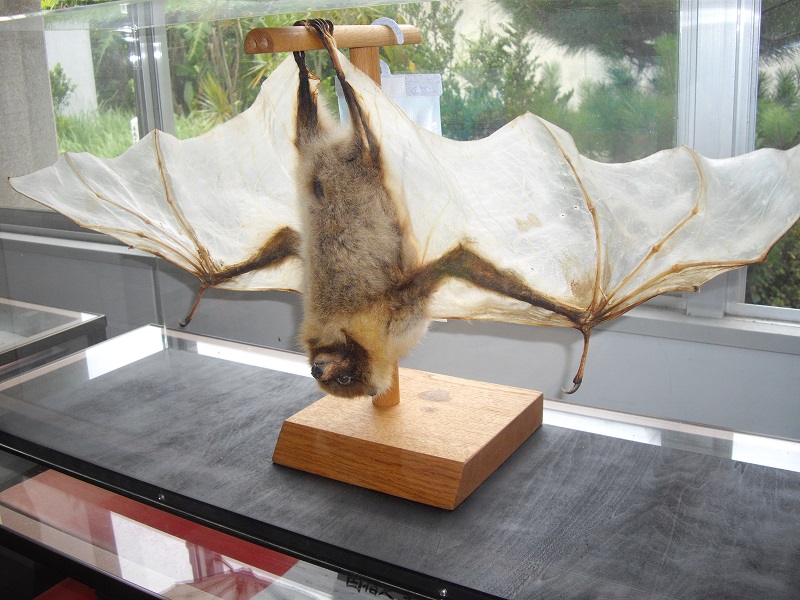 The body length (including head) of flying-fox is about 25 centimeters. The wingspan is roughly equal to that of crow.
Erabu flying-foxes have dark brown bodies. Males have a yellow band on their neck and females have a white band .
Erabu flying-foxes are nocturnal and rest during the day while hanging from trees in the forest. Erabu flying-foxes rely on vision rather than sonar to fly.
A short while after sunset, Erabu flying-foxes will fly to their feeding grounds. They will eat fruit, leaves, nectar and bark (see the below tree list*). After drinking the juice of fruit and leaves, they will spit out the dregs (Pellets). They swallow some extent swallow soft things, such as bananas. They also occasionally eat insects.

* List of Trees, whose fruit and leaves Erabu flying-foxes eat.